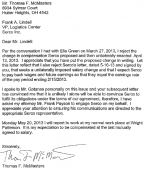 Welcome to our newest member, raselbd444

Maybe it's time we strove to establish single earner homes

Two things in news reports caught my attention: 1) Between 2001 and 2014 job growth was horrible in this country and 2) Wal-Mart’s income tax rate is over 30%.  Here in 2016 job growth is better and unemployment is below 5% but wages are still low.  This got me wondering how hard it would be to get American’s back into a mindset where the expectation is a family could live on the income of a single family member.  The debate on raising the minimum wage to $15 an hour also convinces me that single family earners are in our best interest.

I hear people complain about paying those willing to work in a place like McDonald's $15 dollars an hour.  I think it makes sense to encourage people to work instead of collecting government benefits. One of the arguments i hear against it, is that a place like McDonald's would eliminate half the jobs by going to automation.  I say that is a good result.  Today you might have both spouse working at $8.75 an hour.  Who wouldn't trade two spouses working for a combined $17.50 for one spouse working for $15 an hour giving the other a chance to be at home teaching their children and studying so they can become qualified to get a $25 an hour job?

This system makes economical sense and after the first spouse goes to work the other can quit, stay home teach their children and study to become qualified to get a $38 an hour job.  Why wouldn't we as a country encourage this situation instead of what we sometimes have now where staying at home on benefits makes more economic sense than going to work?  Though I don't believe in artificially raising wages by increasing the minimum wage, I do believe we should create a business environment where companies pay a wage high enough that families can thrive as single earner families.

Right now a Wal-mart cashier or baker or shelf stocker doesn’t make enough to raise a family or in many cases save enough for college. Yet we take 33% of that potential income often putting it into social programs to help the underprivileged get the opportunity for college and healthcare. This gets me wondering. Is it possible to design a free market system or the tax code within the free market system that encourages a company like Wal-mart to use that 30% to raise the pay of the working class? That is can we get this money into the hands of the cashier directly from the employer without the company taking a cut for itself? If we can I think this country would go a long way in getting the country back to one income families. If more families were able to thrive on one income this would take a lot of people out of the job market. Then it wouldn’t matter that the economy is not creating jobs as fast as it did in the 1990′s.

I believe we should be looking to go back to a system where families thrive on one income. I believe this should be the case because it will allow the other spouse to improve their skills while they are not working. With this mindset the family can keep striving to improve their station in life. I see a system where one spouse works for 5 or 10 years while the other studies and gains knowledge. Then they switch for 5 or 10 years. I envision a situation where a person could go to work at Kroger’s and be able to support their family well above the poverty line. At the same time the person spouse will be studying to become a nurse or an engineer. Once the spouse gets established the other partner can pick up more of the family duties and also train for their next occupation.

Not only do I believe this is a great opportunity for the family but it also improves the country because people are always striving to get more education and more skills. Besides reducing the number of people that need jobs, going back to single earner families also helps the country because kids get more time with their parents.

Again the tricky part of this suggestion is to design the tax code so that companies are encouraged to pay employees and the intention here is to have them pay employees a good living wage – not just an above poverty level wage. My idea is simple but the math would be complicated. The idea – base the tax rate a corporation pays on how well they bring people up to the living wage. How well they do will be based on a number of factors: What is the total number of people that get above this level? How many employees do not get to this level? What is the difference between the top wage earners and the bottom wage earners?

In 2010 Wal-mart paid $7.1 billion in income taxes and employed 1.4 million people. That is about $5000 a person. When new employees make $8.75 and hour (or about $14,000 a year) it makes much good sense to change our tax system so that Wal-mart wants to raise employee pay.  It makes good sense for the country to get away from collecting that money and then trying to redistribute it after the damage is done. In a well defined tax system more of those 1.4 million employees will get a living wage before the CEO gets $25 million in benefits.

A related article talks about the need to stop the Federal reserve from keeping salaries low;  Promote Innovation -make Congress do what it pushed off on the Federal Reserve


Remember I don't ask for or accept monetary campaign contributions. I spend my money (with permission of my wife) and then rely on your spreading the word about my campaign.  We are not rich.  Help maximize my advertising dollars.